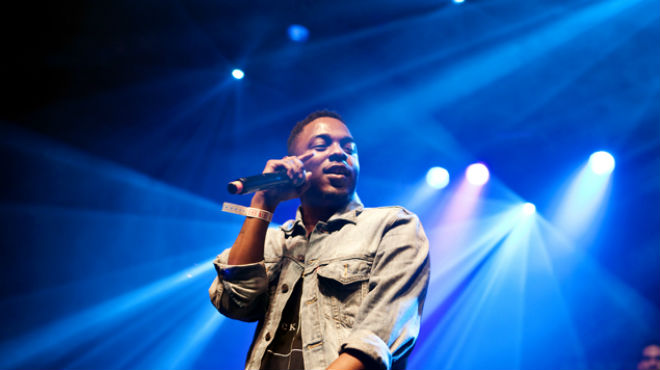 “Can you relate to my story? Can you follow my dreams? And admirations that I had ever since I was 13?”

On the brink of releasing his major label debut project, Good Kid: M.A.A.D. City, I thought back to when I first heard Kendrick Lamar years ago on the Kendrick Lamar EP thinking ‘lyrically he’s decent but he got a lot of passion and drive, we’ll see how far he goes’. The one track that this was evident on was “Wanna Be Heard”. Hence the title, he felt it was his time for him to get his earned due. Over the soulful  Main Ingredient sample, the heart of Kendrick Lamar is laid down. Who knew that when he said “I’m a close cut to Common and Gucci Mane” that it would appear kinda true today? He slowly worked his way into my iPod initially, gaining hard drive space with the memorable “O.D.” where I first wrote about his music, and then becoming a lock in my daily rotation with Section.80.  Those who’ve paid attention have seen K.Dot on the come up for a while and now it seems to be the right moment.

It’s time to be heard.