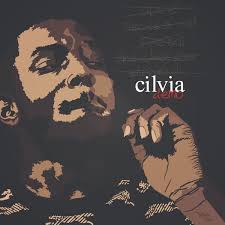 So this is the first project that we get from the TDE camp for the new year. This is also Isaiah Rashad’s first official project. I’ve been feeling the random songs that I’ve heard from this guy so I’m hoping that this album hits on all cylinders. Let’s see what this project is about.

Hereditary
This song has kind of a psychedelic vibe to it. The production is airy. He sings about things he learned from his pops. I’m not sure what else to make out of this song except that he sounds like he has some tension that he needs to vent about. Nice track.

Webbie Flow (U Like)
From looking at the title I was like uggghh but then when the beat got going I knew I was in for a treat. He uses the first verse to show that he has so much confidence and he does what he does and doesn’t care what anyone else does. His flow reminds me of Q mixed with 50. A short song but it was sweet. That sample at the end was proper!

Cilvia Demo
This one is a bit more intricate. A song to cruise or chill out to. The production is mellow and I like those drops and how he manages them, smooth.

“she got a baby doo I think she bisexual“

The word selection he used to describe the women that he rolls with was more poet than anything. I’m sure I’ve heard that sample before but kudos to Joseph Stranger.

R.I.P. Kevin Miller
I swear when this song first dropped I couldn’t get it out of my head. This joint had me bobbing my shouldering in the car. I like how he layered that first verse. He managed to show 2 different types of emotion when he did that. One was mellow and the other sounded aggravated. The chorus is like a cry out for what do you live for. Youngsters do your research in order to find out who Kevin Miller was.

Ronnie Drake ft. SZA
You already know how I feel about this joint. It’s pretty much a repeatable song for me, it’s just that smooth.

“we live the scenes of those movies, conflicts in school or dope moving“

Sheesh. This the type of song that would make Pac smile.

West Savannah ft. SZA
Already my favorite song off the cut. When I first heard this song it had me bouncing in my car. The way SZA’s voice is slightly distorted and used in the background is genius. The production is just beautiful. Even though he doesn’t rap in this song he still manages to get across his point. It’s a tough love song, that rose from the concrete type of music. I swear I’ve listened to this song at least 20 times since Tuesday.

Soliloquy
Back to that gully ish. I have to say this again, this song reminds me of something that Q would make.

That Vince Vaughn line had me chuckling. I think that he wants to let people know to not judge him or others by how they look on the outside. He does this by referring to odd things that people may like but they make appear to be another way. The beat was alright but I wouldn’t skip the song because of it.

Tranquility
Those piano keys just set the mood for the rest of the song.

“they tend to say that we killers again, but I rather give this living a chance“

I like how he sung about his personal concerns about how his son would respond to songs he made about his mom. He still manages to address some social issues within the verses. What I like about his flow on this song is that he doesn’t rush it and try to get everything he has to say out in a fast pace. He’s patient and puts more emotion into the words.

Menthol ft. Jean Deaux
Now that’s how you start a verse right there. You can tell that he cared about the person he mentioned early on because the words were selected carefully. The story was told through the eyes of a man during one of his drunken moments. Sounwave on the beat, I knew that without looking because of how the drums stutter and the keys sound like they weren’t fully mixed, in other words you can tell where the loop starts and ends for the sample.

Modest
This the only song so far that has that typical Ten-a-key (Tennessee for those that’s not in the know) feel. It’s a song to let the haters know that he doesn’t care about them and what they have to say. The chorus is soooo true. It sounds like there is a heavy bassline under the vocals.

Heavenly Father
I like how in the background he echos the word at the end of each bar throughout the song. Using the vocalist for the hook was the proper thing to do.

“now hanging at the playground wasn’t wrong, until you got a rope around your neck“

Tough. This song is about how he deals with the struggles he faces in life and all of the vices that are easily available. He’s searching for signs beyond what’s in face as of what life is about.

Banana
FUNKY AS HELL! I like how he comes in with so much energy. Provoked an instant head bob. Part of the props should go to Antydote because of the beat. Who is that on the chorus, she is doing her thing. He has mastered the art of layering, you can hear it in the verses and the chorus. Repeatable.

Brad Jordan ft. Michael Da Vinci
I’m still not sure if I’m fully on board for this song. On this song he reminds me of Big Krit. There’s just something missing from this song that makes me want to skip it. Idk what it is but you might enjoy it.

Shot You Down ft. Jay Rock & Schoolboy Q
A little posse cut. Isaiah came so hard on this song. The chorus is too long IMO. Q did his thing, I think he had the best verse or it was a tie between him and Isaiah Rashad.

Conclusion
For a first project I think that it is a solid body of work. He didn’t venture too far from who he wanted the audience to see him as. The productions were on point for the most part. There were a few bangers and some songs were more indepth about his family relationships, his worries, and just social issues. What I enjoyed the most about this project was how he didn’t just make a regular song he put more into the structure of the song. The layering was a huge positive because it showed that he made an honest effort to pour all of his emotion and energy into reaching out to the listener. I would have liked to heard less songs that we’ve already heard and I would have liked better transitions. He had the right amount of features and the “right” features because they meshed perfectly with the songs. There’ still room for improvement and I definitely recommend a purchase and swift sync to the pod.
Rating: 8.9/10
Top 3 Fav Songs: West Savannah, Ronnie Drake, Banana