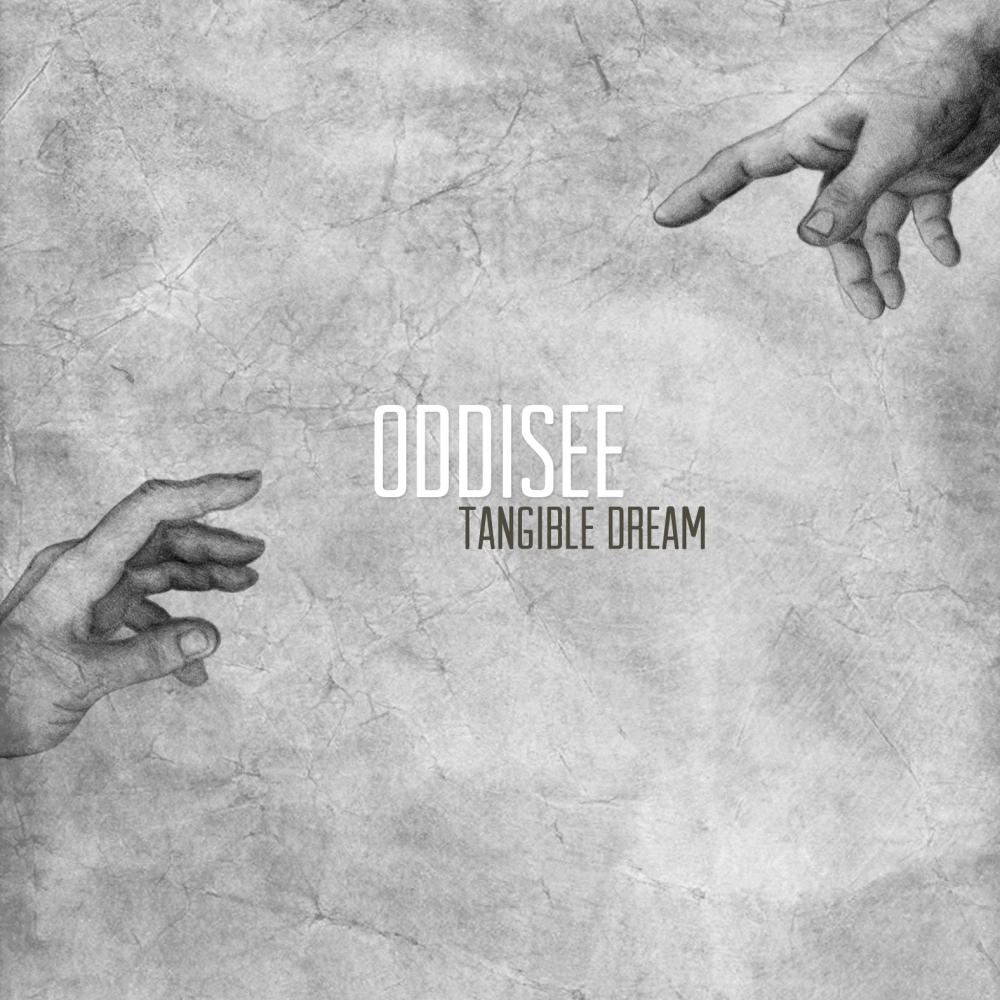 I live in a gentrified part of Brooklyn, I eat out several times a week, I travel the world sampling the best that cities across the globe have to offer. Do I live in a penthouse loft? Am I dinning in five stars restaurants? Can you only find me in the most exclusive areas? Do I own a jet? The answer to all the above is most certainly no. I’m just a regular man from Prince George’s county, Maryland that figured shit out. I discovered that I can make a career in an arena dominated by artists that sell false dreams. I realized that although the masses may not know of my body of work, it doesn’t take the whole world to have the world I want. Tangible Dream is a mix-tape dedicated to the deconstruction of our traditional ideas of success & shedding light on the possibility of a sustainable rap life. These rhymes were written in economy class seats, these beats were produced on long bus trips & these songs were recorded in airbnb apartments. All I want to do is make music for a living so that I can live to make music. The only dreams I’m interested in are the ones I can grasp. It just so happens that anything you want bad enough can be obtained. Perhaps the world may never know of my accomplishments but accomplishments they are nonetheless. -Oddisee

I didn’t see this one coming, an mixtape and instrumental cd? Nice. Lets have a look at the mixtape, Tangible Dream….

Tangible Dream
Breaking down the hustle, redefining success, and promoting hope to achieve a dream. I like the use of two different drum loops for a change of pace. He really says alot in less than 5 mins. This one might take some time to fully soak in. Straight up, I like everything about this track.

My old soul remains forever young / i’ve done it all & still i’m doing shit that I a’int ever done/ & that depends on your definition of winning/ I ain’t start it from the bottom I started from the beginning/ born up in uptown, PG is where I lived/ slept in a dresser draw when we couldn’t afford a crib/ parents got a divorce my father got him a biz/ my mother remained poor & I was caught in the mix/ now I’m eating fried chicken while talking bout philosophy / debate the economy while clogging up my arteries

Yeezus Was A Mortal Man
He’s just telling the truth about Kanye and Jay-Z imo, not a diss. With a title like that it was sure to grab some attention. Boastful lyrics from him on this for sure while dropping some standout lines as well. The production is sinister with these spooky voice sample. The devil! i promise thats what the voice in saying every few bars. Overall, nice track

Killing Time
Once I got over the fact that Oddisee made a track that “sounds” like alot like other rappers, I took the time to dig into the lyrics and the flow and lyrics are on point. The difference here, he’s pushing a message of hustle and a regular lifestyle while doing what he loves. Aint nothing wrong with that, we can relate. Ride out to this one.

Own Appeal
That is some pure progressive thinking rap, whether I agree or not with the views – I can appreciate music like this. Here we go, come on, c-c-come on! that was a nice addition. Signature oddisee that I have been zoning out to. If you like this track, you probably will like DTMD – their music has a similar vibe.

The Goings On
A personal track talking about his relationships from the past and current letting them know but also wondering what’s going on with them. It’s rare that you hear him so personal on a track so this was a different approach and it was done well. The production is good and the singer had a smooth old school teddy p voice.

Be There
A feeling of gratitude, the beat that is. A perfect match for the lyrics of inspiration and gratitude over crashing cymbals and piano keys. Subject is similar to You Know Who You Are on his last album. The breakdown sound like something you would hear at your local church Sunday afternoon. I like this one.

Yeah And Nah
Liking the lyrics, dont care much for the chorus and the production is solid…this one may grow on me but im still pondering on it.

Interlude Flow
That beat is too groovy. One quick verse. A lil flexing, a lil philosipohy, a lil reflecting.

the nose bleed seats will help you see the bigger picture

Unfollow You
This is a really smooth and melodic production, but those snares. Its just too many for me to enjoy the song, I thought it would stop but it didnt. Gotta Let the beat breathe with a nice melody like that. Pretty much ruined the track for me.

Back On My Mind
Maybe its just me but the vibe given off for this track reminds me of The Roots, thats a good thing. We all have things we keep in the back of our minds that we choose not to say. Oddisee speaks on this struggle between these negative and positive thoughts in his head, the verses are really good. A really relatable track for some of us. The piano keys, strings and slow tempo gives an eerie feeling throughout.

Tomorrow Today
This beat reminds me of my high school graduation. I dont really care for the chorus as it gets stale pretty quickly, but the verses are where this track shines. His appreciation for every moment and opportunity of the past, present, and future is apparent. Great message.

Outro Flow ft. Toine and Trek Life
I love this beat. The songs plays out like a journey and places in their careers. The grind trying to make it (Toine), at a good place, content (oddisee), done with the rap game (trek life). Trek Life’s verse is what really caught my ear the most. Its kind of sad and it sounds like he’s done with this game, feeling unappreciated for sure. Overall, this is nice jammy.

Bonus Flow ft Diamond District
I been waiting patiently for some more Diamond District. This one didnt disappoint. Uptown XO come in on spitting super fast (his lyrical ability has gotten a lot better, check his last album), yU verse, word for word, he killed it. Oddisee verse was respectable also. Sounds like the intro to March on Washington. If this is what to come, I can’t wait.

This what they wanted… uppercuts to they stomach, yup yo ass get busted on the mic whenever
we touch it / look what them suckas loving that shit that ain’t sayin nuffin
Haha I get to chuckling like fuck em we way above em
Sumthin comin wit that substance & crushin and that’s how we does it
Do this rulers u foolish we finish fellas for fronting -yU

Conclusion
I always felt that Oddisee’s first mixtape really showed his lyrical skills best, afterwards he was still sharp but sharper as a producer. Lately I can see that he’s balanced it out much more. the lyrics and beats are all on point. People Hear What They See was the start of the balance in my opinion. Its been a natural progression really, listen for yourself. How many producers can you name that rap as good as they produce? I can think of one, Kanye. The rest are better at one or the other. As he continues to release more projects more people will give him the respect thats due. Tangible Dream is just a pit stop between albums and this sounds just as good as most music out these days. You will hear a more smooth, minimlistic style of production that’s not as sample heavy/apparent as his previous releases but still gets the job done. Not his best body of production work but still is above average. The Yeezus song and Bonus Flow are the more aggressive tracks you will hear, the rest are pretty laid back as he pushes that tangible dream message throughout pretty consistently. The package of this mixtape and The Beauty In All instrumental cd is definitely worth the $10.