This year Action Bronson has slowly worked his way into my daily music rotation. When I heard he was linking together with Alchemist, my first thought was Covert Coup and the magic that was produced there. I just knew they would cook up some sick tracks similar to that tape…or at least i hope. Let’s see what they have to offer this time around…

Fly talking over a mean beat. Thats about it.

Bronson’s flow is filled with good lines that pack some humor here and there. “jamaician dancers on your face rocking 8’s” the bare production from alchemist allows the lyrics to breathe. Descriptions of the good life is done in unique fashion, like when he describes his environment and attire filled with slew of wild animals. Overall its a good track that has burn getting burn in my pod lately.

“Now the chandeliers inside the foyer, feet wrapped in snake / The rug gotta hibernate, jacket tryna find a mate (sex) / Choke a duck later on the plate (roasted)”

“handspring, half twist into the Buick”

The first time I heard this track it was when the video dropped which left me laughing the whole time. “f**k, thats delicious!”. Through all that, dope lines are being spoke. His descriptiveness has always been a high point for him and here its evident. Alchemist provide another slow tempo guitar-filled tune.

The drum loop is gritty. Mayhem Lauren did his thing here, sounding like a young G Rap with that flow. Ag Da Coroner was ok. Bronson’s verse is good but Mayhem owned this Alchemist track.

Switching it up a bit, Bronson goes through a batch of beats. The 3rd beat is the hottest beat heard thus far on the tape. Extremely mellow. Nothing new from Bronson, still dropping good bars. 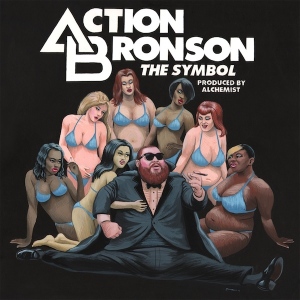 I promise a SBQ and Alchemist need to be next on the list to release a mixtape, because their styles meshed well here and on previous tracks they’ve done. I’m not sure where Alchemist be getting his samples but he chops the funkiest and most sinister ones. The break is grooooovy, something you would likely hear on a 70’s crime movie. I like this one, its been getting some replay early.

Eggs On The Third Floor

“Old money in the bag, look like sautéed spinach”

Loop the sample, slow it down, no drums, just spit. Thats the first half of the track then the tempo speeds up to something like a cypher setting. Damn this joint is banging.

“sport the garnets that walk out the forests”

I have been impressed with Roc Marciano’s wordplay for a minute, so its time for me to dig deeper into some of his work because he ate this. “showered in fur like a viking” ha. A short but dope track where Alchemist’s beat fit Roc and Bronson’s slow flow perfectly.

“bring Mr.Belding out that means you getting dismissed (bayside)”

Line after line, the wordplay is on point. Damn. Its hard to find something wrong with dope beats and dope rhymes.

Bitch I Deserve You f. Evidence

“Boomer Esiason, flying out the lion’s den / this is weird science, inside a siren’s blend” – Evidence

Bam Bam is on the come up and he deserves to be here in the game. A groovy track where Evidence shows that he can hang with Bronson lyrically. Its a short track but the length was just right i think for this one.

Smh. The first beat is an odyssey around the planets in overdrive. Finally we get an uptempo track where Bam Bam brings out a quicker flow. The second beat is solid and it features Styles P. If you know me, I’m always going to welcome a Styles verse. He represented as usual.

Skippable for the most part. Not feeling it but you might.

“half moon in my haircut, serving work to Danny Tanner”

Props to Alchemist’s crate digging, these samples are mean. I like this one, its smooth with a smoother vocal every few bars. The tape is ended with Bronson keeping it simple with the bars. “Behind the back pass, Arvedis Sabonis” Lmao.

Conclusion: The tempo is slow throughout the tape, I would have liked to hear more faster beats but thats a minor complaint. If you not on Action Bronson yet, please wake up from your nap. Nice Wordplay, descriptive rhymes, good beat selection, and consistency is the best way i can quickly describe this tape for you. Alchemist got beats and Bronson got bars, that forms a powerful team. Production sounds like a continuation of Alc’s Russian Roulette tape. Hopefully there is more to come from these two because I enjoyed this one. Worth the sync to the pod.