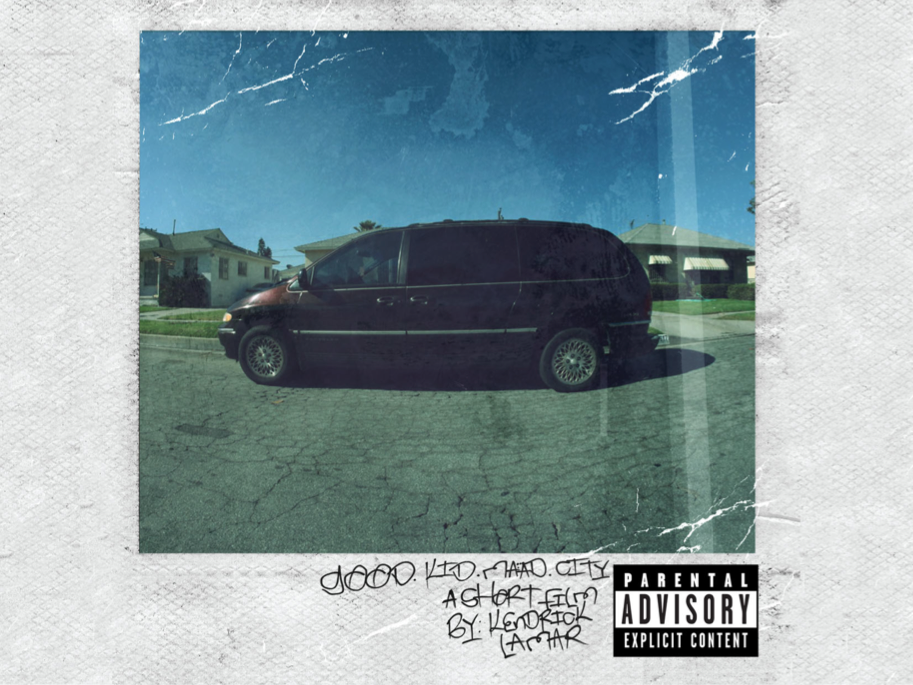 The most anticipated album of 2012….at least for us. Does it deliver? Let’s see…

S.G.
I loved the intro to the song but I did not favor the tone of that guitar. You can tell that Kendrick is going to share his life stories from his experience growing up in Compton. The instant stop at the end of the song was nice and that voicemail message had me dying laughing. DOMINOS lmao

Satchford:
The story of him meeting Sherane, who will play a big part in how this story/album turns out. No complaints here, I like how this is starting out. Is that a baby in the background? Funny ass skit at the end.

S.G:
For some reason this song reminds me of something that Big Krit would do, maybe it’s the sample. The song provoked a steady head bob for me and I enjoyed his flow. The chorus is a bit different from what we are used to hearing from Kendrick Lamar even though that it may follow the same form as that of Cartoons & Cereal.

Satchford:
The mellow guitar notes sets the right mood. I’m already zoning out to it. Lyrically, this reminds me of why I’m a fan of his music. I like what I hear so far. Currently, the most repeated track from me.

S.G:
The skit at the end of the previous track was a perfect transition for this song.

I don’t think this is a song that I would be eager to listen to again, it truly does have that freestyle feel to it.

Satchford:
Coming from the previous skit, I can now see why this track is named what it is. Overall, it’s a good track. The beat is ok, nothing special. Kendrick provides a catchy chorus and lyrics that I’m sure people will repeat until its not cool anymore. It has that Rigamortus feel but doesn’t come close to being as good.

The Art of Peer Pressure 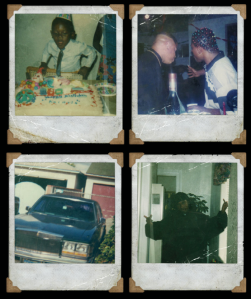 S.G:
When this song first hit the airways I wasn’t the biggest fan but after hearing the previous song I can enjoy this track more than before. These stories are so real and the descriptive lyrics only help to get his message across. I wonder if these excerpts were recorded recently or taken from somewhere else.

“I got the blunt in my mouth / Usually I’m drug-free, but shit I’m with the homies”

Satchford:
This guy is an underrated storyteller, think about it. He got some gems. Here you can feel the lyrics because everybody knows someone who only acts out because of the company that’s around them. Bringing the true reason to the forefront is impressive but it doesn’t surprise me coming from him. The production got a mysterious feel that I like. This is a standout track. I also like how they brought up that Trap or Die, classic.

S.G:
I thought that this song was skippable the first time that I listened to it. After a couple more listens I realized that it wasn’t that bad. What kills it for me is the chorus, just wasn’t feeling it. It reminds me of some old Goodie Mob type of ish, too much singing. Jay Rock could have been left off this song too.

Satchford:
This one has grown on me, mostly because of the melody and the bridge part. Jay Rock has been impressing me lately. He did his thing up here, kinda stole the show.

S.G:
Not too shabby. I like how K.dot came in right after that “in the thunder and rain”, the timing was perfect. Scoop DeVille on the production, nice! Drake’s verse was alright, I think he was probably a filler for the song. That skit at the end, thug life!

Satchford:
Damn they done pulled out the old school Janet Jackson. I like the theme of the track but the feel is just off. The verses and chorus are good; I think the boring production kind of killed it for me, I liked that intro melody before it switched though. I don’t think this track will get any play from me in the future but we’ll see. S.G:
As soon as I heard those drums I knew that Pharrell was on the beat. That chorus was perfect especially how the tempo of the beat pretty much changed.

Satchford:
The good kid runs into some crappy situations living in his city. He takes it for what it is but dreams for change. The production is a bit eerie with a mysterious horn and strong bassline. One of those tracks we’ve come to expect from Kendrick Lamar these days.  The format of this chorus sounds similar to a Mos Def’s “Brooklyn” when it says “We live in Brooklyn  baby…”.

S.G:
This my jammy! Ya Ya Ya! The flow is on point and the production will make you want to move your body so hard. The beep during the verse was timed correctly and used in a witty way if you listen to the lyrics that surround it.

“obviously the coroner in between the sheets like the Isleys”

That gotta be the Fatboy on the “ya ya ya”. The second beat reminds me of something that The Game would hop on, it’s got that gangsta feel to it. Kudos to MC Eiht for reppin’ and holdin it down.

Satchford:
I promise I’ve heard this 1st melody somewhere else but at a faster tempo. Hmmm. This part of the track is cool but when the beat switches and MC Eiht comes through, it goes to another level. “Wake yo punk ass up!” The production on the 2nd beat trumps the 1st beat easily. On top of that, it’s an interesting song as Kendrick and MC Eiht describes Compton, U.S.A. MC Eiht was a good feature, he fit the track perfectly. I finally know for m.A.A.d. means now…Me an Angel on Angel Dust. Chyea.

S.G:
No matter how many times I play this song, it hasn’t grown old yet though. The last verse is on that thuggish ruggish tip.

Satchford:
T-Minus  provided the right beat. I’ve been bumping this heavy since it dropped. Another reason I like it because it captures that same feeling as A.D.H.D. right down to the crawling galactic-melody and a speedy drum pattern.The extended piece of the track welcomes another verse and a beat switch (well it chops the intro of the track and adds a different pattern to it). The skit that follows end with Kendrick’s friend getting shot, continuing into overall story of the album.

Sing About Me, I’m Dying of Thirst

S.G:
Probably the most enlightening song on the album, gave me chills in my bloodstream. This song is on the level of the songs from Kendrick Lamar EP.

“and if I die before your album drop…..”

Perfect! The whole song is like a conversation between K.dot and people from his life. OMG that singing is so excellent. Kudos to Like for that production, was it a coincidence that Dre used the same sample in Still Dre? The excerpt at the end has a true short film feel to it with the spirit of The Education of Sonny Carson.

Satchford:
12 minutes long but all of it is worth hearing. The format of this song is impressive and well thought out. It goes from him talking to the kin of some of the main characters of his past songs to the powerful switch midway through. That 2nd beat might be the nicest on the album, my goodness. Is that Maya Angelou at the end? My current favorite.

S.G:
The story continues and Kendrick Lamar manages the details quite well. The songs are structured in a more complex manner. The inspirational words at the end of the song are excellent.

Satchford:
A catchy tune with some food for thought on what’s really real. The chorus is already stuck in my head, I can see this one getting some replay time from me. Whoever put that smooth baseline deserves a handshake, perfect addition. Good track.

S.G:
Terrible, skip. No offense against Compton the city but I wasn’t feeling this song. The chorus was just horrible. Leave Dre off the next album, he ain’t got no business spitting either. The album could have ended after ‘Real’.

Satchford:
This track was alright when it first leaked but now that I hear it within the storyline, it sounds better. Dre could have been omitted here; I felt the same way about The Recipe and Ross’ 3 Kings too. It doesn’t sound right at all. At least Just Blaze gave him some heat to work with. Kendrick’s verse, the chorus and the especially the remix at the end of the track was on point.

S.G. Conclusion
I’m glad that Kendrick Lamar warned us that this album wasn’t going to sound like Section 80 because I would have been disappointed if my expectations were to hear another album similar to Section 80. This album was a good project for Kendrick Lamar. The story carried over nicely throughout the whole album and it really did have that short film feel to it. It was visually appealing and the lyrics were up to par. A couple of the productions could have been better but I do appreciate how the structure of the songs were on a level of that of an artist who is showing consistent signs of growth. I was surprised about the amount of personal stories that he shared. I’m not sure if it’s a classic but it’s pretty damn close. It’s a beast of its own so I will not compare it to Section 80. On the other hand I highly recommend a purchase and a swift sync to the pod.

Satchford Conclusion:
You can’t deny the powerful story this album brings to the light. Thankfully, with this being a major label album, the music stays consistent like past tapes. Each track is sewed together like a well done quilt. Idk if thats his real parents on the skits but they brought a lot to the overall album and move along the theme good kid maad city well. The hypnotizing production has come to be a signature sound for Kendrick Lamar and this album is filled with those types of tunes. Only a few low points that I didn’t feel so much but the numerous highs mask them well for me. I can honestly say this is better than I thought it would be. Albums like these just get better with time.Is this Kendrick’s best work? You decide. Off the lyrics and concept alone, this is worth the purchase and sync to the pod.