As this track bumped out my car speakers, I started to think along with bobbing my head. How did Kanye make it on Jay-Z’s 2002 album? If you are familiar with Kanye’s story from Last Call, he never mentioned “The Bounce” feature. I found that strange because he was thorough with recalling events in that record. If you remember a post done a while back showing him spitting the same verse in the studio with Jay-Z. (go to 2:25)


Was this payback for Kanye delivering those classic beats for Blueprint? Its well known that Jay-Z initially only wanted Kanye’s beats, not rhymes. Was this the turning point? We may never know. I personally think the verse was just hot. Kanye ripped it. I remember when I first heard the track in ’02 I was wondering who was spazzing on the 3rd verse. I know it took some time for me to find out who it was. I was asking all my friends and I got a lot of “idk”. Kanye wasnt even mentioned on the back on the album or inside the booklet as a feature, writer or guest vocals. Damn. For some reason I dont think this was the track that paved the road for young Kanye. Shit, no one even knew he was on the track. Unless you knew his voice in 2002, he was a mystery rapper for many of us. I always wondered if this feature didn’t happen, would it have changed Kanye’s future with Roc-A-Fella, Jay-Z, etc. I’m sure one day the backstory will surface on this track. (click pic to enlarge) 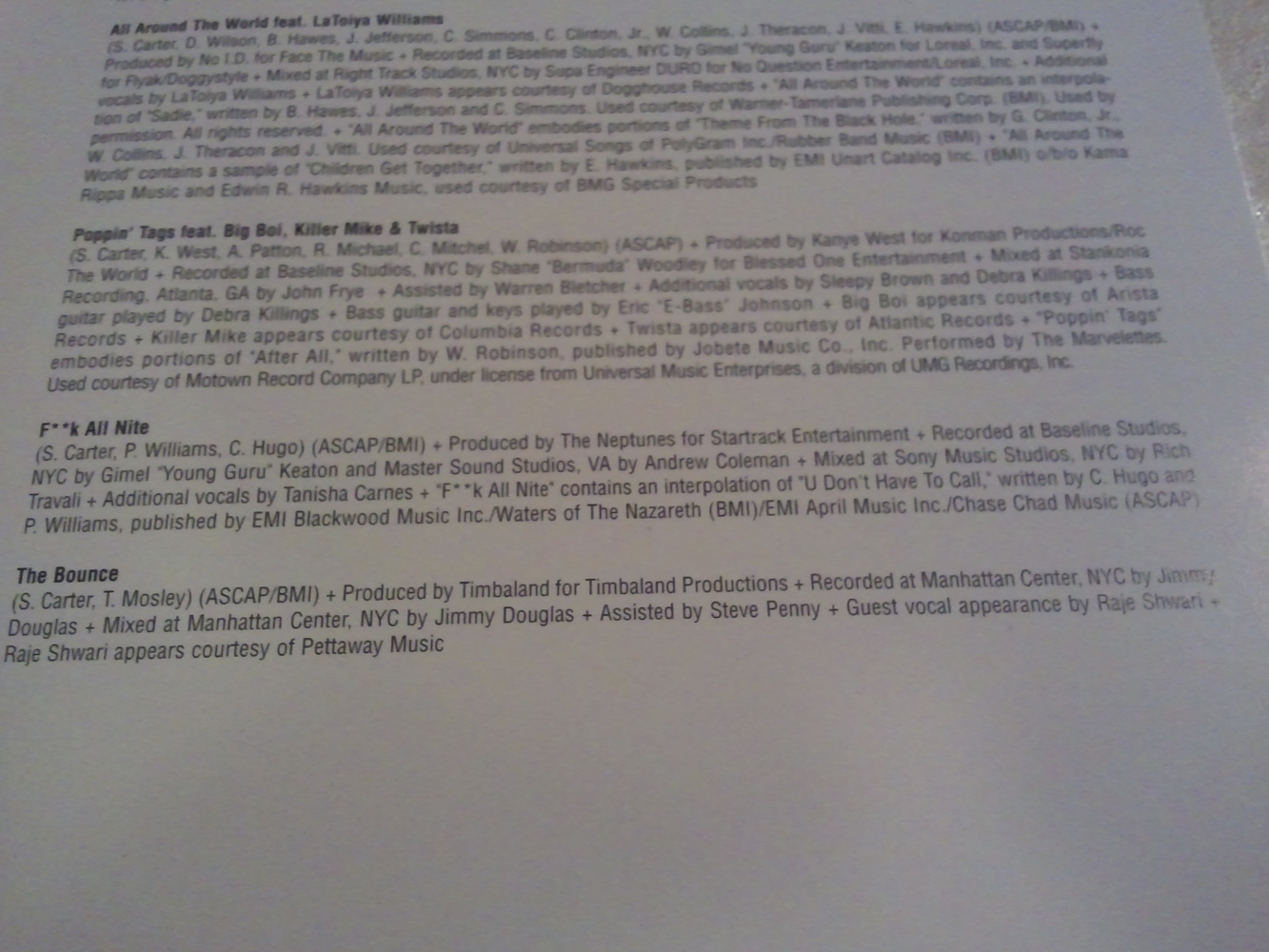 Kanye West verse on “The Bounce” from Blueprint 2 Album