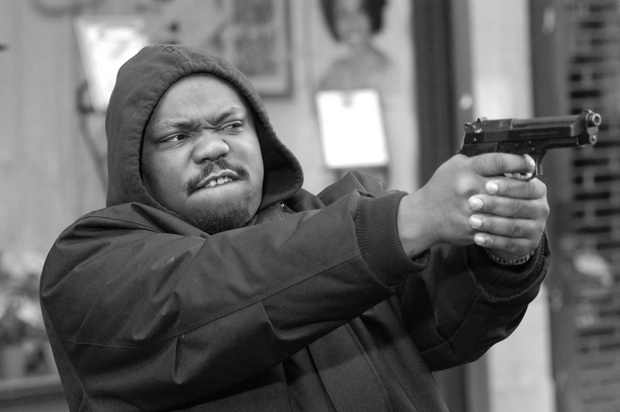 The battle of ’01 that was overshadowed by the Jay-Z/Nas feud, still remains underrated til this day. It’s not rare to see to real MCs diss eachother but it is rare to see both release great diss tracks. That is the case here, both Jadakiss and Beanie Sigel went all the way in on each other on their original diss tracks. My thoughts are the same as they were back then, I hated to see the two ‘Reservoir Dogs’ go at it because I was a big fan of each. It was such an even and entertaining battle though. They had multiple disses to each other but I will just look at the two notable ones.

First off, he jacked the mean “Put Your Hands Up” beat from Jada and ripped it a lot better than he did. “Let the doc remind you what a thug is about” he flipped that line on him. The intensity increased as the track continued, Beans flow was in overdrive. He barely came up for air. At this time, I didn’t know Beans had this in him. I knew he could spit but damn, not like this. To literally spit his ass off on a diss and actually talk that shit. You can feel Sigel’s anger in every line.

“Ni&&a dig this, I’m bout to son kiss like a soda” -Beanie Sigel

“No casket, only thing left was a braid or two” -Jadakiss

His whole style really gave him the leg up from the jump. He’s known for crazy one liners. He went the personal route so his lines packed a mean punch and there were so many quotables. And who disses on a freaking disco beat but it still ends up sounding hard? Everybody felt the track regardless of the cheesy beat, not too many MCs can do that like Jada

“And I hate Beans but fuck it, Kiss gon eat…” -Jadakiss

Now that I’ve had time to study them it is more apparent who’s diss was better. Beanie went in but the flow was a key part of why it sounded so good. Go line for line and compare it to Jada. Beans words didn’t pack that knockout, more like gut checks but the combinations was there. Jadakiss went in with lines disguised as haymakers, roundhouses, and nut checks. But looking at it overall, it balances out a bit. Still today, it’s hard to choose. All I can do is just respect them both for what they are, two great diss tracks.